skip to main | skip to sidebar

TO WATCH THE SLIDESHOW CLICK ON THE STORY TITLE LINK ABOVE. 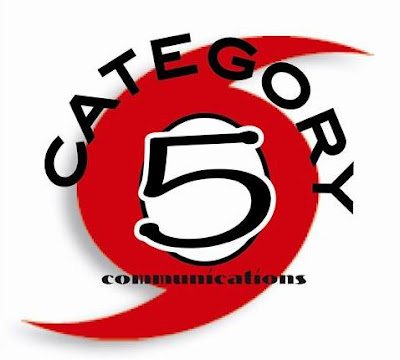 In a recent lecture at the Louisiana Campaign Institute’s training seminar (Sponsored by: Louisiana Center for Women and Government) Pat Bergeron of Category 5 Communications discussed the role of the 'new media' in political campaigns. He shared several strategies and tactics that he said make the internet "an indispensable and deadly weapon in modern politics."

Below he was recently quoted in an article in the national political internet publication SALON.COM

(Pat Bergeron of Baton Rouge, a conservative strategist who has helped elect three Louisiana governors, says that Vitter has stayed ahead of the curve so far by running against Obama and that’s not likely to change. "As long as Melancon has Obama around his neck, he’s beat," Bergeron says. "This state isn’t going to change from anti-Obama overnight.")
Posted by Louisiana Political News Service at 3:32 PM

"Pat Bergeron has worked for me on many projects including and since my first campaign for Governor... top notch political mind"
Former Governor Mike Foster

"Bergeron is riding the wave of the future using the tools of the new media... 'Category 5' is a good name for it... he can spin-up a huge political storm in about 5 seconds"
Bernie Pinsonat, Pollster and veteran political analyst


"Cat 5 is a must for any candidate that wants a fast and effective internet element to their campaign"
Hillar Moore, District Attorney (East Baton Rouge Parish)


"When I have used Bergeron on projects, what can I say? We won... Missions accomplished"
Lane Grigsby, Successful Louisiana Businessman and Civic Leader

"I am in the unique position of having had "Category 5" both for me and against me. When Cat 5 was with me, the margin of victory mirrored that of my margin of defeat when the storm was against me. The impact on the opinion leaders at the community level is both tangible and undeniable"
Dan Claitor, State Senator- District 16 (and loser in East Baton Rouge Parish District Attorney's Race)

"Web communication has become a critical component in all campaigns. CAT 5 gets it done- IT IS web communications"
Roy Fletcher, Political Media Consultant and Campaign Strategist

This past weekend internet political media consultant Pat Bergeron addressed the campaign school sponsored by Bayou Buzz at the Lindy Boggs Center on the campus of UNO.

When asked how the 'New Media' has changed the political landscape his message was clear, "if your candidate has serious flaws they will come out and they will come out at lightning speed." He said the strategies are changing. "No more waiting until the final days to whack your opponent. If your guy has serious baggage you can only hope the other candidate is a bigger scumbag than yours."He also addressed the impact of the 'New Media' saying, "Internet communications are personal and very powerful. They can be passed on to friends or associates in a matter of seconds and that third party validation, call it an endorsement from the sender, can devastate or completely decimate a campaign in very short period of time."

Bergeron said he had been developing internet strategies for several businesses, issue groups and political campaigns recently, utilizing websites, blogs, YouTube, Facebook and Twitter components. "The internet applications and implications for shaping public opinion are unlimited. The viral nature of email and the social networks makes it where an issue or candidate can be ignited or squelched literally overnight."

A FEW EXCERPTS FROM RECENT ARTICLES:

More and more people today are getting their political news over the Internet. One person who can attest to the Internet's popularity in this manner is Pat Bergeron, who owns and operates the web site www.lanewslink.com. Bergeron also owns the consulting firm, Category 5 Communications.

Bergeron, a Baton Rouge-based political consultant for more than 30 years, started his web site about four years ago to "take full advantage of the power of the online community in matters of public policy and politics." Bergeron has worked in more than 100 political campaigns. He said the popularity of the Internet has changed how campaigns are run and public policy is influenced. Today, candidates must hire someone to manage their Internet presence just as they would hire a consultant for other forms of media. "It also opens up a whole different avenue for creative talent," Bergeron said. "Everything is different now because of the Internet. It has such a vital role in campaigns."

Bergeron began his web site with a list of 8,000 people who are currently involved in the political arena around the Baton Rouge area. Now, that "opinion leader database" has grown to over 28,000 people all over the state. "The online community in its many diverse forms is quickly evolving into the primary place where public opinion is tested and shaped," he said. "This (medium) helps get your word out to the people who are most interested." "Over the past few years, working with the best public relations people in the state, this firm has counted among its clients dozens of successful political candidates from governor to police juror," he said.

"Legislators pay attention to them. I know this because I hear peoples' blogs repeated all the time on the floor of the Legislature." -John Sutherlin, professor of political science at the University of Louisiana at MonroePat Bergeron, who started one of the first and most prominent news-aggregation blogs in the state, lanewslink.com, four years ago, said the Web sites are growing increasingly important to the Pelican State's political landscape. "In terms of issues and elections, the power of blogs is growing exponentially," he said. "The Internet will totally dominate politics."

Bergeron started the blogs as an evolution of his work as a political consultant, when he sent out a newsletter to a few thousand opinion leaders in the state. Now, he e-mails a summary of his blog to around 28,000 people, including members of the press, legislators and other prominent opinion shapers. "The reason that the blogs have taken on importance is because there are only X number of people who pay attention, and most of them are on the Internet," Bergeron said.

NOTE: Over the years Bergeron has served in many diverse professional capacities at all three levels of government. He has been an East Baton Rouge Metro-Councilman, a Congressional District Political Director, and the Chief of Staff of the Louisiana Department of Elections. For several years he was a lobbyist and spokesman for local officials at the capitol and has served as a commission appointee or chairman under three Governors. Politically, he has been a media consultant, a campaign manager or communications director for dozens of candidates and has played a role in many dramatic upset victories over the past 30 years. He has also been a Presidential candidate delegate or alternate to three national party conventions.If you are in need of innovative solutions and strong positive results by starting up or enhancing your internet media presence Bergeron may be contacted by email at: cpbmsb@msn.com 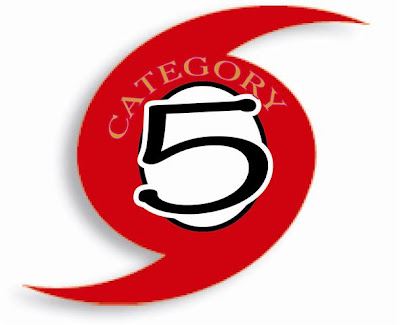